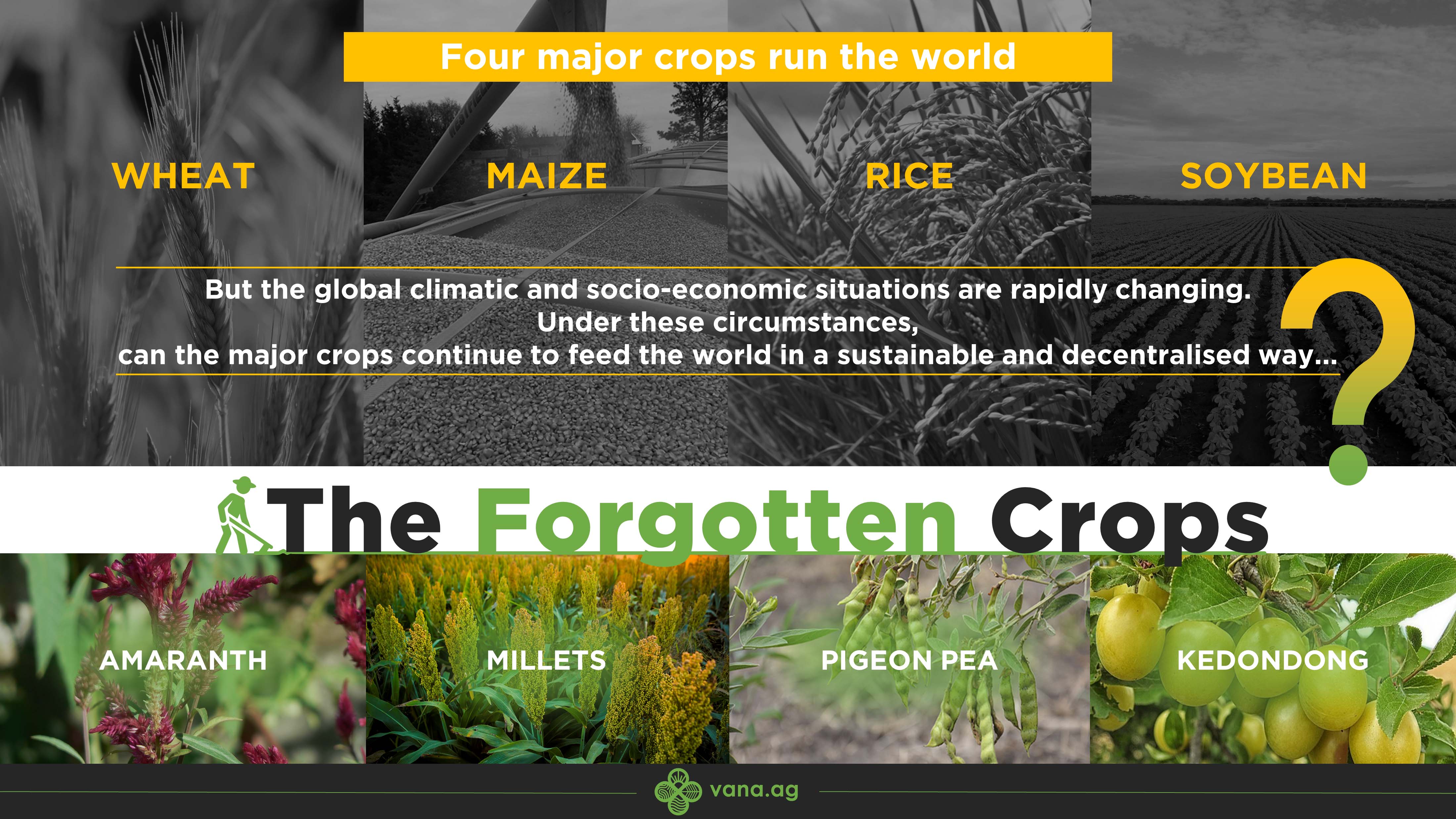 Forgotten crops are the cereals, grains, seeds, fruits, nuts, vegetables, and legumes that have been neglected by technology, markets, global food manufacturers, and funding bodies. Plants like pigeon pea, amaranth, moringa, kedondong berry, and bambara groundnuts can be put into this category. These crops are not new discoveries, they are indigenous crops that have been around for centuries.

Researchers are now trying to unbind the potential of these ignored crops. There are centres like Crop Trust, Slow Food, ICRISAT, and Biodiversity International that are dedicated to underutilised crops. In the Malaysian countryside, at the headquarters of Crops for the Future (CFF), scientists are experimenting on forgotten crops of Malaysia, like the kedondong berry and winged beans. They are turned into effervescent and sugar free juices. These plants are also grown under bright yellow lights to study the impact of high temperature on them, hence, getting them accustomed to the rising global temperatures, which would help them be the ‘future crops’.

Although largely absent from the global food trade and development initiatives, the majority of forgotten crops are a safety net for the livelihoods of rural and urban populations across the world. For instance, pigeon pea is a perennial (for more than 2 years) legume that is mostly grown and consumed in Africa and India. These plants are drought resistant and they also contribute to nitrogen fixation. Millets, which have been cultivated since the dawn of agriculture, are nutrient rich cereals largely grown in African and Asian countries. Amaranth, which is mainly grown in Central America, has high nutritional value, is drought resistant and has the ability to produce grains within a relatively shorter period of time.

As we face the present and future challenges of achieving food security, forgotten crops can play a vital role as nutritious food sources for poor farmers and urban communities, and can help consumers around the world enjoy diverse diets and rich culinary cultures that contribute to societal wellbeing. They can also help make cropping systems and human communities more resilient to the external shocks generated by climate change, at all geographical scales. Forgotten crops will help countries to reduce their reliance on major imported crops and their carbon heavy supply chains. Food variety will also help boost food security. There are over 20,000 species of edible plants in the world and yet only 20 species are used for 90% of the world’s food. However, the success of crops like quinoa is a welcome change.

There is a growing concern regarding health and nutrition everywhere. People’s food priorities are changing. Climate change is going to affect taste and diet. Reviving the orphan crops is a timely quest as dietary diversification is evidently critical to the future of humanity.