DIGITALIZATION OF DAIRY FARMING IN INDIA 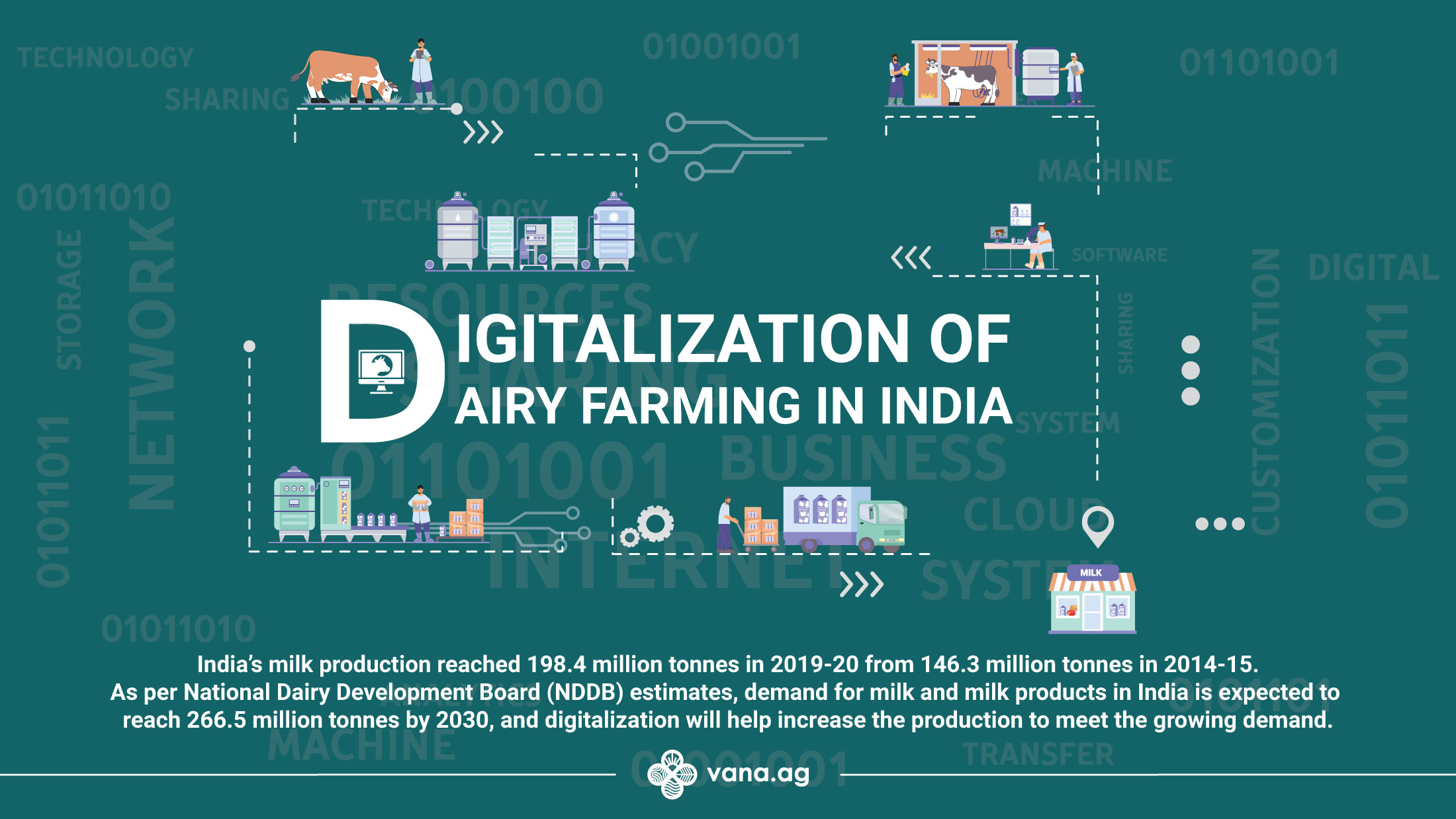 India is the largest producer and consumer of milk in the world. There are reportedly 96 million dairy farmers producing 440 million gallons of milk across the country every day. However, the per capita milk consumption in India is well below other major producing countries, and the cattle yield is also among the lowest. Improving milk yields requires improved cattle feed, better cattle health, milk extraction equipment, veterinary facilities, and other ancillary factors, which India lacks at the moment. Hence, enhancing yield is one of the key challenges in the Indian dairy sector.

The dairy farming sector in India is highly unorganised, which has prevented large technological advancements within the industry. The lack of standardisation in quality and quantity has further contributed to persistently significant wastage. A major obstacle for Indian dairy producers is the lack of suitable infrastructure for milk refrigeration. 3% or close to 5 million tonnes of milk often gets wasted annually, mostly due to lack of electricity and gets spoiled due to delays in chilling, resulting in heavy losses to the smallholder farmers. Furthermore, the delay in chilling causes a rapid increase in bacterial load, affecting milk’s quality and reducing its potential shelf life.

Adopting digitalization will play a crucial role in transforming the dairy sector. Digitalization has applications in milk testing for evaluating the quality, screening adulteration, and ushering in greater transparency and traceability throughout the dairy supply chain. Higher usage of cutting-edge technologies like Artificial Intelligence (AI), the Internet of Things (IoT), and cloud computing has increased the prospects for digitalization.

While many technologies are yet to enter the dairy sector, several are already in use in India. From farm management to milk procurement, including automatic and bulk milk collection systems, technology-driven products, services, and solutions have recently given the Indian dairy industry a significant boost, and agriculture and dairy startups deserve all the credit. Digitalization will help in the early detection of diseases and help farmers to monitor and manage cattle health and nutrition. For instance, the recent outbreak of lumpy skin disease among cattle in India has killed over 1 lakh cows and buffaloes, and proper digital monitoring would help provide a stronger defence against the spread of such diseases. From a milk-deficient country, if India could overcome all of its obstacles and become the largest milk producer in the world in a short period, we can only imagine where our dairy industry will be in the next ten years if we empower our dairy farmers with the right infrastructure, tools, and support. Large integrated dairies will function in the not-too-distant future with comparatively few employees. Dairies may become almost entirely unmanned if automation is taken to the greatest degree possible.