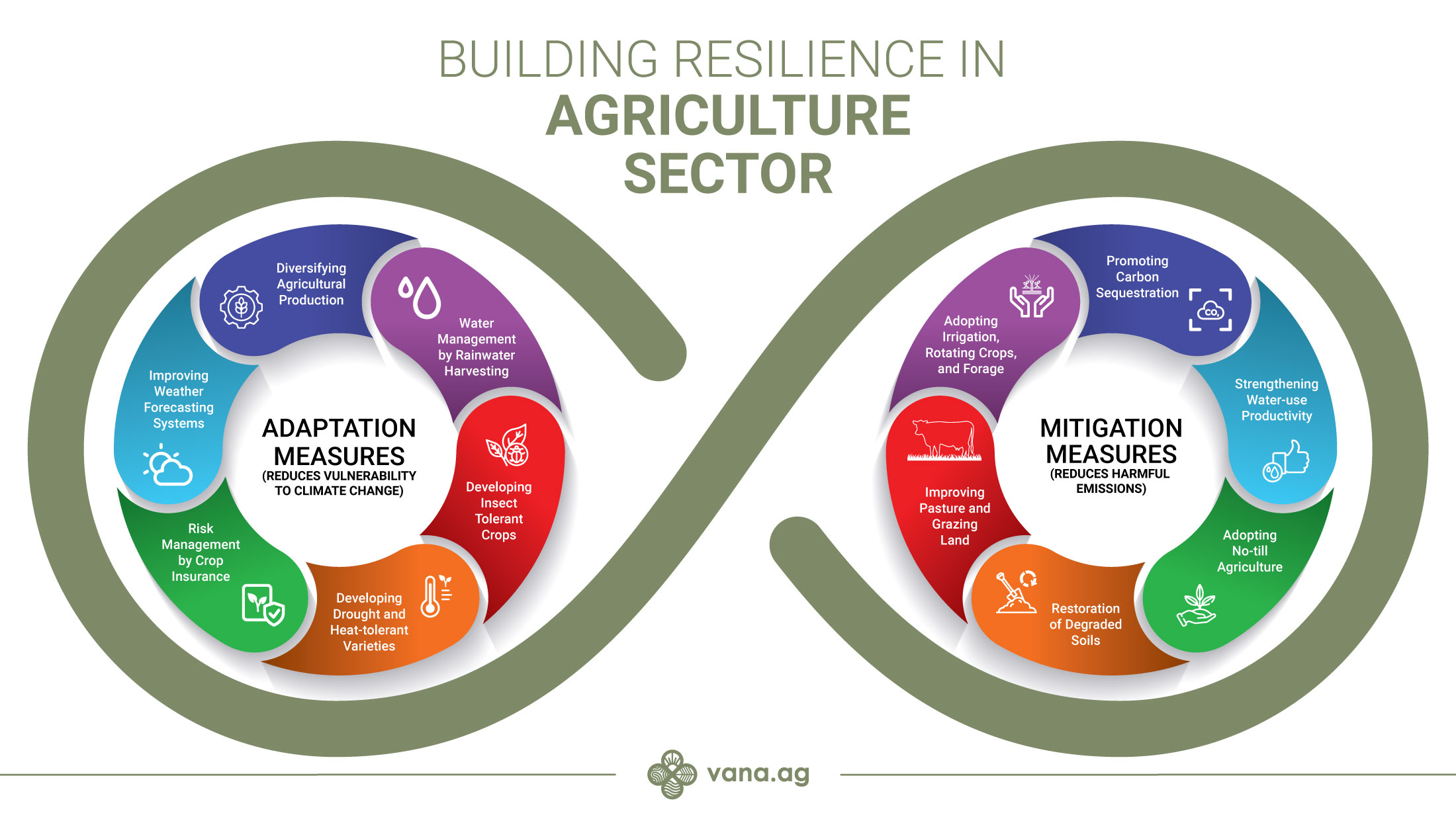 Rapid and catastrophic environmental changes such as recurrent floods, droughts and extreme temperatures are breaking the backbone of agriculture. The agriculture sector, which is primarily responsible for feeding the burgeoning population and generating livelihoods for millions of people, is marred due to climatic changes. As a result, there is a significant rise in hunger, poverty, and food insecurity heightened by the slower growth of the economy. The agriculture sector is also responsible for climate change, releasing significant amounts of greenhouse gases (GHG) into the atmosphere. Agricultural activities contribute approximately 30% of total GHG emissions, mainly due to animal waste and the use of chemical fertilizers and pesticides.

Secondly, implementing mitigation measures to reduce emissions. Promoting carbon sequestration into the soil, adopting no-till agriculture, reducing the amount of bare fallow, restoration of degraded soils, improving pastures and grazing land, adopting irrigation, rotating crops, and forage, strengthening water use productivity, and management of livestock and manure are some of the mitigation measures that can be adapted.

The best course forward, however, would be to synergise mitigation and adaptation measures, as adaptive measures alone are becoming more expensive and less effective. Additionally, the excessive production of genetically modified crops, which is one of the adaptive measures, will be rendered ineffective over time because the pests that these toxins used to deter might eventually develop resistance towards them. Similarly, preserving the gene pool of climate- resilient cultivars is challenging too. More so, if the mitigation objectives are achieved successfully, there will be less need for adaptive measures. Thus, the synergy between the two would be a smart choice that would also aid in sustainable development.